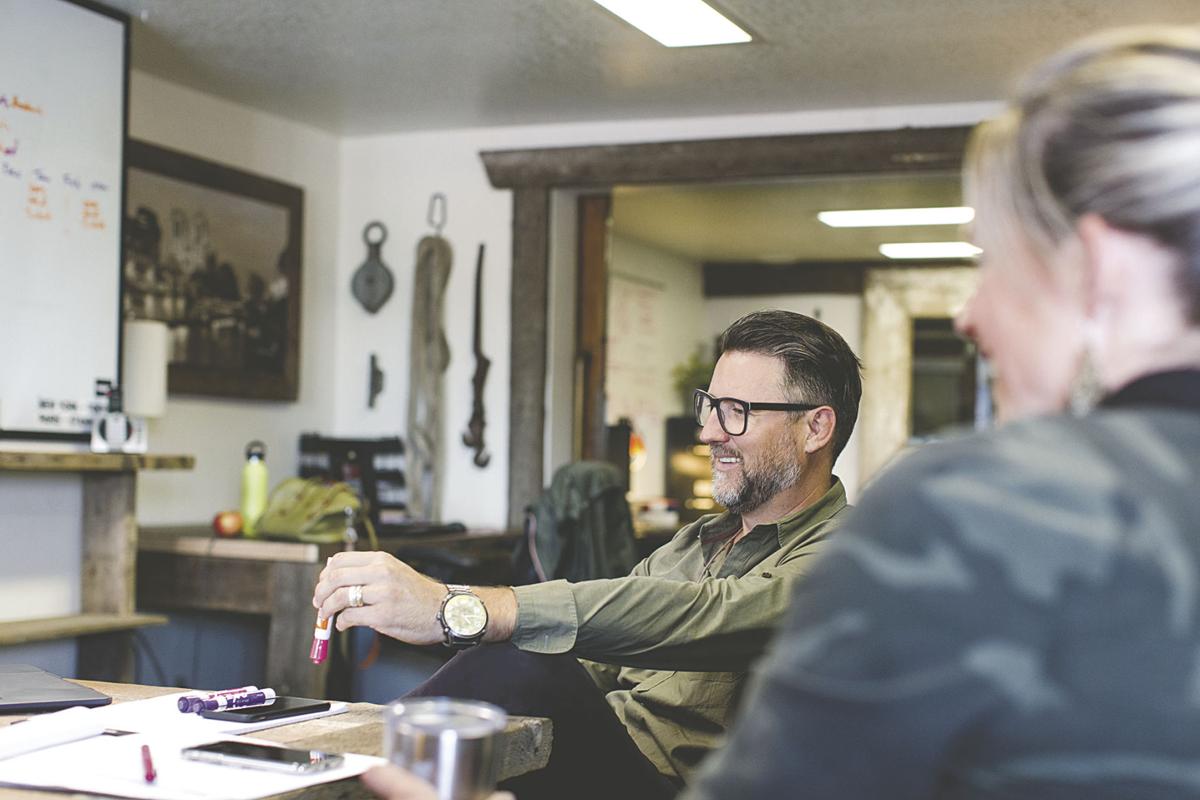 Tucked away in downtown Stanwood is a small but growing company with big dreams — and a big reach.

“We’re still relatively new, but each month we feel we’re getting stronger,” Madak CEO Adam Kopp said of his creative agency that launched in Stanwood two years ago.

After years of working for large and small advertising and marketing companies around the globe, Kopp said he was eager to start a firm built around the principles and processes he felt would best help make businesses and organizations bigger and better.

“We’re positioned as a revenue agency to help businesses grow,” the Camano Island resident said. “Madak is a blend of development, creative, advertising and tech agencies.”

Madak started with just Kopp, but has since added four employees and a network of local contractors.

It rebranded the Houston Strikers into the Houston SaberCats — a founding member of Major League Rugby. Elsewhere around the country, Madak has its fingers in many pies, including developing brands such as Certus Food Safety and Veneno Tequila.

Locally, Madak is a driving force behind Windermere’s “We Are Stanwood Camano” campaign and DiscoverStanwoodCamano.com.

Transitioning “Discover Port Susan” into “Discover Stanwood Camano” was among Madak’s first projects. The campaign, run by the city of Stanwood and the Stanwood and Camano Island chambers of commerce, now is operated by Jessica McCready.

“Jessica has since taken it to the next level,” Kopp said of the site used to market the area and its events.

Madak will continue to keep improving the site, continuously eyeing ways to make it better and expand its reach, he said.

“I’ve always been a creative guy — looking at the long-term vision, seeing ways to help a business succeed,” Kopp said. “But I’m not going to be the one opening a restaurant or anything. This is my way of helping businesses grow.”

Kopp, who moved from Seattle to Camano six years ago, said he calls his firm as a “human-to-human” agency that centers on building long-lasting relationships with clients, while offering a one-stop shop to help companies build brand awareness and marketing campaigns.

During the past two years his team has evolved to boast strategists, creative designers and digital staff. However, Kopp said they have their sights set on steady, long-term growth — just like they pitch to potential clients.

“It's a competitive job, for sure, but that’s been the fun and challenging part,” Kopp said. “We’re small, but we’re mighty.”

This Article was Originally Published by